OSV is making every effort to ensure on-time delivery, however, some areas may experience delays due to the impact of COVID-19 on carrier services.

How God Hauled Me Kicking and Screaming Into the Catholic Church 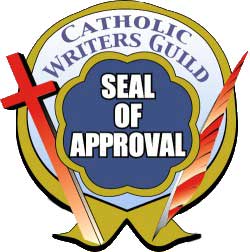 A preacher's kid at a Catholic university, Kevin Lowry settled into a “double major in beer and billiards” soon followed by uncomfortable run-ins with pious students, failing grades, increasing anxiety, a missing night—and the startling realization that some fellow students actually attended Mass the morning after a party instead of sleeping it off.

After getting kicked out, Kevin got his act together, got the MBA, and also got the girl. Meanwhile God was working, drawing him to the inevitable conclusion that Catholicism was all true despite his objections.

Kevin Lowry’s journey to Catholicism is fascinating, often funny, and demonstrates God’s unfailing, patient love for all of us.

Book review from Shaun McAfee, blogger for National Catholic Register:
The title is hilarious, so I bought it. Kevin’s story is very similar to many young men today: young, dumb, and full of bad decisions. The first half of the book tells that story of college drop-out, to a new creation in Christ. The second half of the book is devoted to showing how all the hurdles he experienced in his faith led him to the Catholic Church. It’s a different story, too, to read about his roots as a minister’s son, who sort of fell away from his roots twice: once by making many terrible decisions, and second, choosing a faith radically different from that of his father. If you like conversion stories, make this your next purchase.